Mobile Agile Printer was my very first paper. It is a systems intergration work that merges my own and Daniel Butters’ MSc projects together. The paper covers two main topics - the omni-directionality of this custom mobile base and the (lack of) deterioration of arm end-effector trajectory during base motion. The central learning here is that printing-in-motion should be feasibile as the base motion is not drastically effecting the end-effector. Here is the video acompanying the paper:

My side of this project mostly focussed on the development of the mobile base itself, wheel/leg/robot-level controllers and the overall robot behaviour. One of my favourite parts of the project were the number of cute control bits throughout the base-arm hierarchy. The legs would sometimes rotated in different directions based on the shorter angle difference or the robot velocity gain was made to be a function of the allignment of the four legs.

The AML lab, which I was part of at the time, had future plans for the MAP robot. And so, one year later another Msc student,Pedro Javier Rodríguez, under my supervision began works in implementing planned design improvements. These included changing to hoverboard-style hub motors, introducing a second mounding frame and shifting construction to aluminium extrusion. And another two years later a third MSc student, Andras Nagy, finished the work. 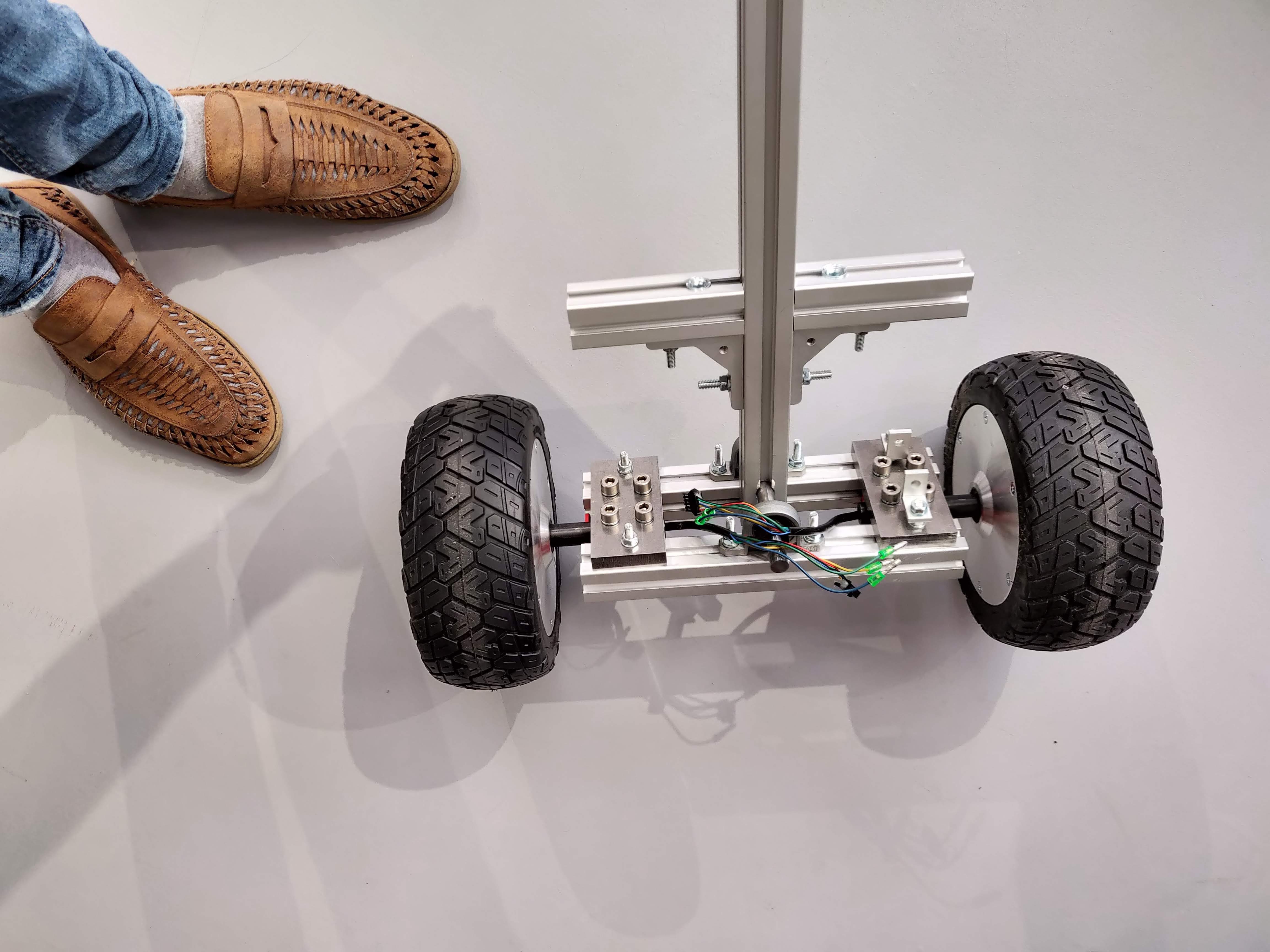