YouWasp paper explored the problems that arise when mobile printing robots interact with one another, the environment and the print task. The project was in collaboration with Benjamin Tan who was a MSc student under my supervision at the time. Here is the video associated with the paper:

While Ben worked on the task decomposition and allocation side, design and construction of the robot and its software stack was entirely mine. While we used the Kuka Youbot as the main skeleton for the system, there were a number of improvements. I changed the whole power system into LiPos, mobilised the WASP printing system using an onboard compressor and experimented with a number of different extruder designs. On the software side, we have entirely relied on MoveIt as much as possible. This meant loading up 3, 8 DoF movegroups to move the robot around and execute the prints. And so, perhaps this was the first time that clay printing was done from a moveing robot: 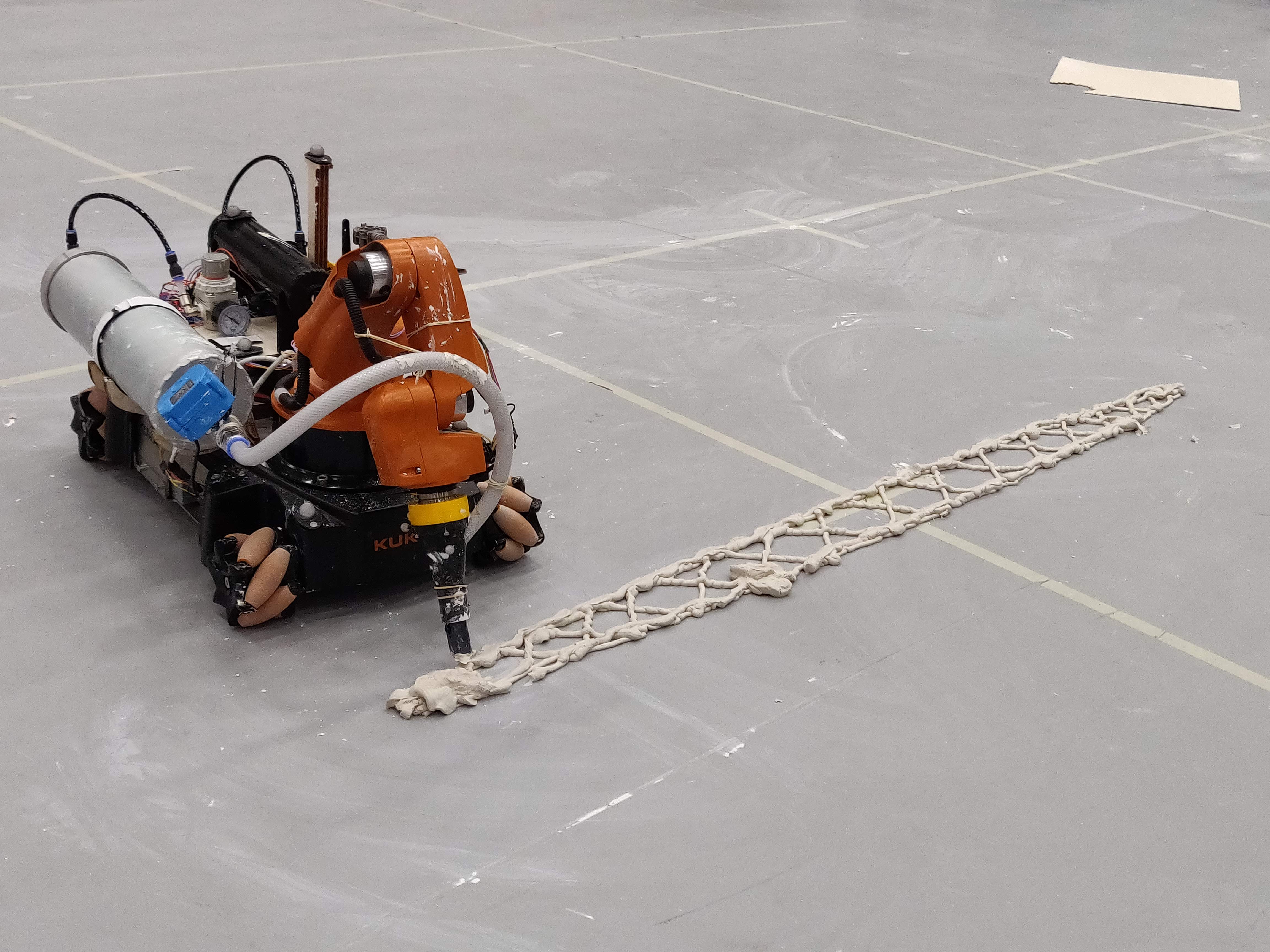 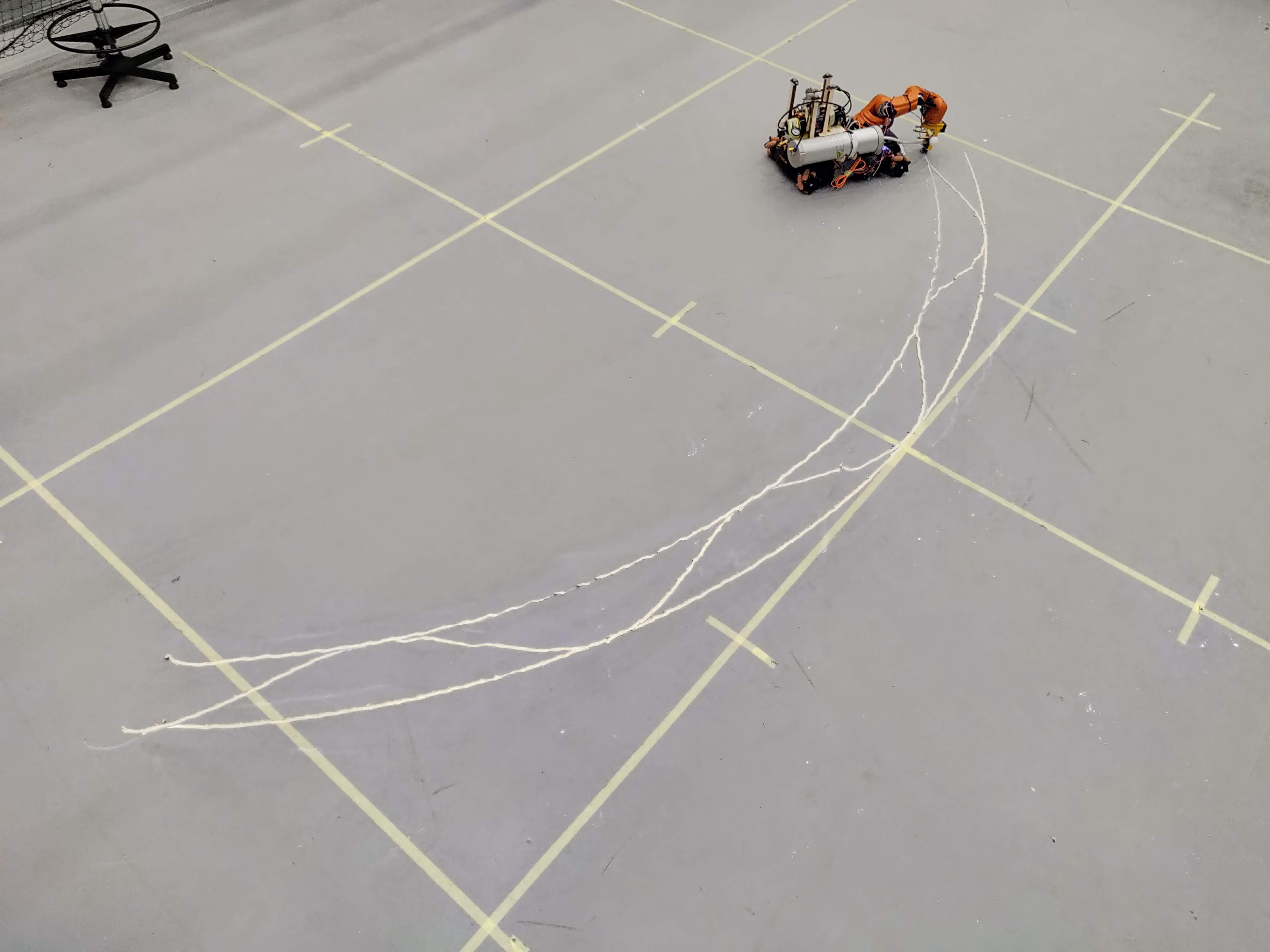